Florida Hypnotherapy > What is Hypnosis 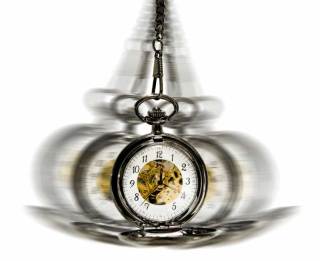 Hypnosis is concentrated focus. When you’re hypnotized, you can concentrate intensely on a specific past memory, thought, feeling, picture or sensation while blocking out all other distractions.

It is when we have access to the subconscious mind. Then we are able to make suggestions for the subconscious mind to make changes in our lives.
I’m sure you have been totally absorbed while reading a book, while on the computer or watching a movie? Did you zone out to the point you didn’t notice what else was going on around you? Maybe realize you have gotten much further down the road than you realized. Or look at your clock and time has flown by. If so, you’ve experienced a trance-like state that’s similar to what happens to you during hypnosis.

It is a trance state characterized by extreme suggestibility, relaxation and heightened imagination. It’s not like sleep, because you are alert the whole time. It is more like daydreaming or meditation, or the feeling of “losing yourself” in a book or movie. You are fully conscious, but you tune out most of the stimuli around you. You focus is on the session and suggestions given to you by the hypnotherapist, to the near exclusion of any other thought.

Hypnosis is a highly effective science in solving the problems of people. Yet it is probably the lowest risk procedure available from the standpoint of changing behaviors.
A qualified Hypnotherapist induces, guides, and manages the hypnotic trance state, subsequently facilitating a permanent change in the mind’s patterning.

Hypnosis is without a doubt one of the most effective transformational methods available. It stands alone as a modality in itself and it’s power has been used since the beginning of civilization. Hypnotherapy is one of the oldest professions known to man. There is certainly a resurgence in modern times and science is now recognizing what we as hypnotherapist’s have always known. It works, and it works where most other approaches fail.

A survey of psychotherapy literature by Alfred A. Barrios, PhD. revealed the following recovery rates:

Source: American Health Magazine
Hypnosis is a natural human state, a true gift from life itself. We move in and out of states of hypnosis every day. The skilled practitioner can utilize these states for immense benefit in both themselves and others. Hypnosis is an art and a science. It has methods and procedures that can be replicated yet it also takes an empathic