Breaking the Smoking Habit
Testimonial: No Cigarettes in Three Months!

St. Petersburg Hypnosis Center specializes in Smoking Cessation and helping you become a permanent non smoker. We feel that becoming a permanent non smoker is one of the biggest positive changes that you can make in your life. Hypnosis is one of the most powerful techniques available to stop smoking because smoking is a habit and habits are formed in the subconscious mind.

Hypnosis helps stop the cravings, eliminate weight gain that you may normally experience when quitting smoking and motivates you and remain a non smoker. It is a very relaxed enjoyable stress reducing experience.

Come find out for yourself.

Hypnosis supports your decision to break the smoking habit as well as the cravings that go with it. It can motivate the powerful, resilient subconscious mind to relearn and release you from this horrible nasty habit. Unlike will power, cravings are reduced where the habit resides in the subconscious mind. The subconscious mind works out the solution at the deepest level of your mind using the imagination which always wins over willpower.

Our Stop Smoking program is affordable and very effective.

THE KEYS TO YOUR SUCCESS 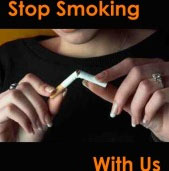 DESIRE – A necessity! You must first WANT to quit. This doesn’t mean you don’t like to smoke. But don’t expect hypnosis to work if you are only “trying it” because someone else wants you to quit. You must be at a point in your life where YOU are ready to quit for yourself. We cannot MAKE You Quit Smoking.

COMMITMENT – Having a strong desire to quit means that you will do whatever is necessary to quit smoking. If you are really committed to quitting, you will read any material given to you and listen to your audio cd’s, get rid of all smoking materials and keep your follow-up appointments.

POSITIVE ATTITUDE – If you think you can or think you can’t, you’re absolutely right! Hypnosis is a great tool to help make the transition easier without strong withdrawal pangs and cravings. There is no “try.” There is only “do” or “don’t do.” Expect to succeed and you will. You will feel very proud of your accomplishment!

HOW SUCCESSFUL IS Hypnosis to Stop Smoking? 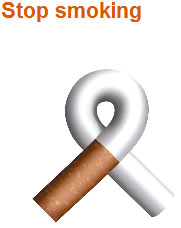 Hypnosis has been proven to be the most effective means of smoking cessation. According to the “American Journal of clinical Hypnotherapy,” in a 1968 study involving 1000 smokers, after using three hypnosis sessions, 94% were still nonsmokers after 18 months. In 1992, “New Scientist Magazine” reported success rates for the various methods of smoking cessation: 60% were successful with only one hypnosis session and 30% using only a recorded hypnosis session. Compare that to 24% who used only acupuncture, 29% with exercise and breathing therapy, 25% with aversion therapy, 10% with nicotine replacement therapy (gum or patches), and 6% who used willpower alone.

Hypnosis is the most effective way of giving up smoking, according to the largest ever scientific comparison of ways of breaking the habit. A meta-analysis, statistically combining results of more than 600 studies of 72,000 people from America and Europe to compare various methods of quitting. On average, hypnosis was over three times as effective as nicotine replacement methods and 15 times as effective as trying to quit alone.

University of Iowa, Journal of Applied Psychology, How One in Five Give Up Smoking. October 1992.

No Cigarettes in Three Months!

Being Smoke Free with Hypnosis

Can Smoking Addiction be Treated with Hypnosis?